This article may contain links from our partners. Please read how we make money for more info.

Are you doing really well, or really badly with your finances when compared to the average American?

You shouldn’t compare in a way that will make you feel bad about your finances, but it’s helpful to see how you are doing compared to others.

There are lots of statistics out there about the various aspects of finances, so you’ll find something in there to fit your current life circumstances.

So, how do you size up against the average American? There are some personal finance statistics that 2020 has shown us, and we will look at poor spending habits statistics.

Financial literacy is so important for every American to have, but it’s not something that we all feel that we possess.

Financial literacy is where you have a basic understanding of how money works, and we will also look at some financial planning statistics.

In 2018 there was an NFCC Financial Literacy Survey. The survey found that:

Well the NFCC has the data for their 2020 Financial Literacy Surveyso let’s see how it’s changed:

So even though more people think they know their finances pretty well, they still think a financial advisor would help them and a quarter of people are still paying bills late and accruing debts.

Doesn’t it make sense that we should learn how to manage our finances wisely?

In the United States, only 21 states actually require high school students to take at a personal finance class.

That means that only half of all graduating high schoolers know what they’re doing when they’re signing up for debts.

All those young adults who take out loans for school or a car haven’t learned about interest rates, credit scores, or payment plans.

All those people getting their first credit card haven’t been taught how to budget their money and make those paychecks last.

Now that Millennials are all out of college and are making up 35% of the workforce, they’re making a large impact on how work environments are changing and running.

The problem is that only 24% of all Millennials demonstrate financial literacy.

That means that less than a quarter of Millennials

It’s also interesting to look at the budgeting statistics and spending that other Americans are doing.

A formal budget doesn’t mean a strict budget, but just managing your money in general. It’s useful to find a budget template or budget planner to help you with this.

A study by Gallup found that only ⅓ of Americans follow a budget each month.

An interesting fact that they found was that people are more likely to have a budget if they earn over $75,000.

It’s always interesting to look at what other people are spending over the holidays, as this can be a time when we try to spend a lot to keep up with others.

The amount that we spend varies from person to person:

The average amount they’ll spend? A whopping $1,048 on holiday decorations, food, gifts, and shipping costs. Here’s a breakdown of where that money will go (from the National Retail Federation:

There are lots of Americans that go into debt for the holidays, where it was reported that the average debt for Christmas was $1,230 (in a study done by MagnifyMoney).

It’s time to think, are the holidays really worth going into debt for? We also wonder what is the percentage of debt-free households.

Living paycheck to paycheck is where you are relying on your next paycheck to be able to pay for your life and bills.

The worrying thing about doing this is that if you lost your job, you wouldn’t have any money for your bills. This is less than ideal!

Unfortunately, it looks as though half of Americans are living paycheck to paycheck, as discovered by a report in 2017 by MarketWatch.

It doesn’t mean that this is because of not earning enough money, however, as the report found that only 20% of these earned less than $40,000 per year. 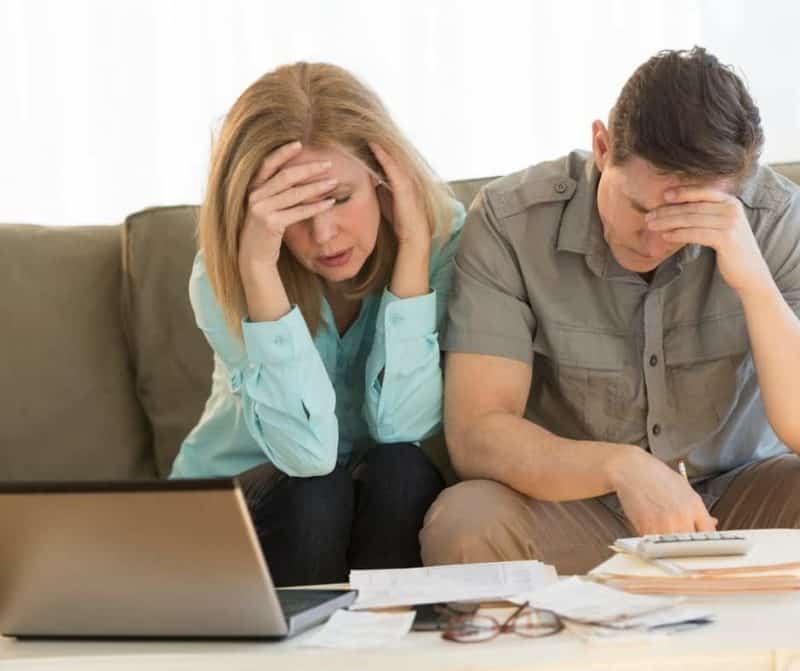 You may be wondering how many Americans are in debt, as it seems like there is a concern about financial literacy in general in the country.

7. Percentage of Americans in Debt

Unfortunately, there are a lot of Americans in debt, and a variety of different types of debt as well. So many will be wondering what it is like to be debt-free.

An article that was published in 2017 reported that the US has 157 million Americans with credit card debt and 44 million with student loan debt.

We all heard that to get a high-paying job, you need education, but the student loan debt holding people back after they graduate is becoming an issue.

Research now shows that over 40% of Americans can’t handle their student loan payments every month.

Graduates have payments between $300 -$400 a monthwhich is a large chunk of income for people just out of college.

It’s great that more people have degree-level education, but it’s hard to exit school and be in such bad financial standing.

Young adults are entering the workforce and starting payments right away, when entry-level pay may not be able to support them.

9. Statistics On Defaults, Delinquencies, and More

Another downside to debt is when you are unable to make the payments.

There are reports which suggest that the amount of defaults has been going up.

For student loan debt, 4.5% have defaulted on at least one of their student loans (from a report on CNBC in 2016).

The American Bankers Association has said that there has been an increase in delinquency rates for both credit cards and auto loans.

A survey in 2021 by Nerdwallet found that the average American household has $155,622 of debt.

That’s a large number, but we can break it down even more so you understand how your debts compare to the average person’s.

There are different types of debt that Americans have, and a lot of people have a combination of a few of them.

Let’s take a look at the different kinds of debt that the average American has:

NerdWallet found that the average credit card debt in a household stands at $6,006.

According to a report by Nerdwallet in 2018, the average mortgage debt per household is $185,591.

The newer NerdWallet survey in 2021 found that mortgage debt has increased to $207,861 for the average hosuehold- meaning debts have increased by over $22K!

Motley Fool has found in June 2021 that the new average downpayment for a house is $27,850, but the range is up and down all over the state.

Here is a great article on the costs of selling a house.

lastly, NerWallet reports that the average auto loan in America was $28,882. 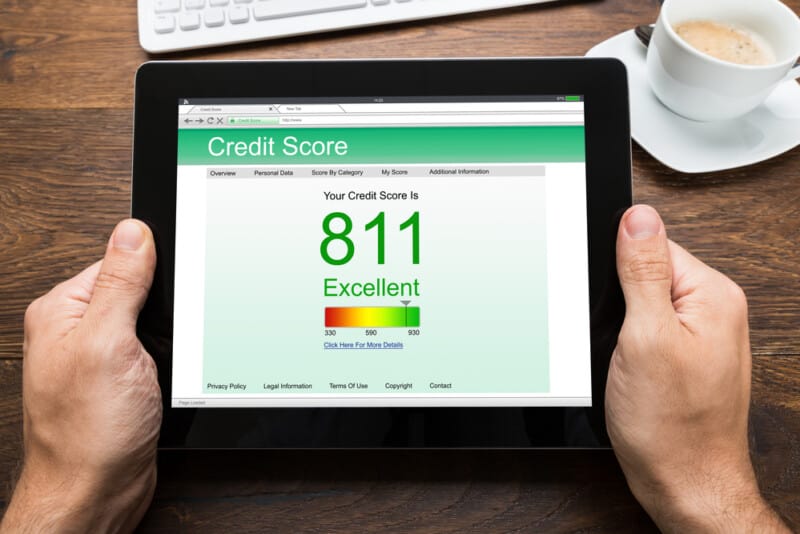 14. Average Credit Score Is Up

A credit score is what lenders look at when they are deciding whether or not they want to lend money to you.

The average American has a FICO score of 698.

Credit scores do tend to improve by age, and as the population gets older we hope to see scores improve.

When it comes to personal finance statistics, a really important area that we tend to focus on is savings and retirement funds.

These are very important, as we don’t want it to come to a time when we don’t have enough money to live.

According to Marketwatch, 44% of Americans don’t have enough money to cover a $400 emergency. This is important as it means that they may have to rely on debt for something like this.

In 2017, the Federal Reserve said that the average savings rate per person is 5.6%.

Your retirement savings may not be where they want to be, but that doesn’t mean that you can’t change things.

Following on from retirement savings statistics, would it then surprise you that there is a large percentage of Americans who are planning on working after retirement age?

80% of Americans plan on doing this in fact, according to a report from Employee Benefit Research Institute.

17. Percentage of Americans With More Than One Income Stream (not including investments, pensions, and similar)

An article on Bankrate showed that there are 45% of Americans who have multiple streams of income outside of their main job, that is not investing, pensions, etc.

There is also the statistic that 3 in 10 Americans say that they need the additional income to be able to pay for their bills.

What Do All These Personal Finance Statistics Mean To You?

When you are looking at what other people are spending their money on, it’s easy to compare and think that you aren’t doing a good job.

If you are looking at the statistics in this article, don’t allow yourself to feel bad about it.

You may not be where you want to be right now, but that doesn’t mean that you can’t turn things around.

Use these statistics as a source of inspiration, and use them to get motivated with working on your finances.

Think about how looking at these make you feel, and make adjustments as needed.